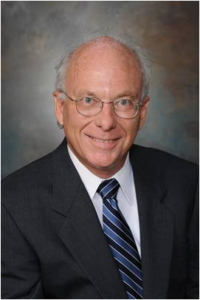 Gene T. Moore is a native of Tuscaloosa, AL and has lived and worked in the community for over 60 years. Gene graduated from Central High school in 1968 and enrolled at Auburn University the following fall. He joined the National Guard in 1970 and served six years participating in summer and weekend drills. During that time, Gene also worked in construction and real estate businesses, and completed a B.A. in business at the University of West Alabama (formerly known as Livingston University) in 1974.

During his free time away from the office, Gene can be found gardening and working around his house, boating, remodeling rental properties and family homes. He is a life-long member of First United Methodist Church and enjoys traveling and spending time with his wife of over 34 years, Betty. Gene also enjoys spending time with his two grown children:  Elizabeth, who works in rental and property management, and Katie, a school teacher at Cottondale Elementary who lives in Tuscaloosa with her husband Brett Clark.